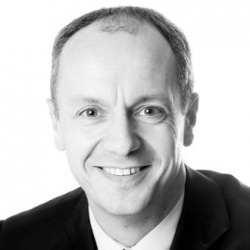 Steve Morris is a managing partner for the lobbying firm Portland, appointed in June 2008.

He previously held a number of high profile advisory positions in government from 2002 to 2008. [1]

From 1995-1997 Morris served in the civil service. He then spent five years in Brussels from 1996-2002, where he acted as a spokesman for former president of the European Commission Romano Prodi.

He went on to serve as an adviser to prime minister Tony Blair on European affairs between 2002 to 2005, and then as head of strategic communications in downing street until 2007. Before joining Portland, he served as director of communications at the Department for Environment, Food and Rural Affairs (DEFRA). [2]