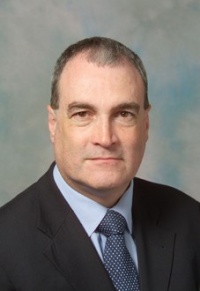 Stephen Ladyman (06 November 1952, Lancashire) is a former British Labour MP who held the seat of South Thanet from May 1997 until April 2010.

After the 2001 General Election, Ladyman became Parliamentary Private Secretary to the Minister for the Armed Forces. In 2003, he was made the Parliamentary Under Secretary of State for Community in the Department of Health and from 2005 to 2007 he was Minister of State for Transport. He is now a vice chair of the Labour Party with particular responsibility for campaigning in the South East.[1]

Ladyman is currently the CEO of Oak Retirement Ltd, a director at Ladyman Services Ltd and the chairman of Somerset Partnership NHS Foundation Trust[2]

Whilst still under his ACOBA lobbying ban, Ladyman wrote to Peter Hendy, the commissioner at Transport for London, to make initial contact with a view to arranging a meeting once his lobbying ban had expired. Ladyman began his letter with, "You may remember me from my time as Minister of State for Transport", and received the response, "I do indeed and am delighted to hear from you," "We would be interested to hear your proposals."[3][4]