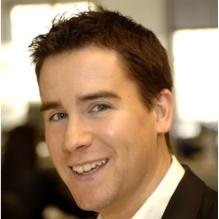 Stephen Day is a partner and senior managing director of the strategic communications division at FTI Consulting. He was appointed to the role in October 2018, six months after stepping down as CEO of giant PR and lobbying consultancy Burson Marsteller UK where he had also served as chief operating officer, and MD and chair of B-M's public affairs practice from 2014.[1] In May 2019 PR Week reported Day was appointed head of issues and campaigns.

Day is a former special adviser to the UK Conservative Party.

Day was a special adviser for John Redwood the Conservative MP, a former shadow cabinet member for trade and industry, between 2000 and 2002.

In August 2005, Day was hired as an account director at Fleishman-Hillard, an associate director at Euro RSCG in September 2007 and managing director of Portcullis Public Affairs in March 2010.[2]

He then joined Burson Marsteller in April 2014 as managing director and chair of its public affairs practice,[3] and was appointed chief executive in July 2017.

Ineos are leading the way on fracking, we’re leading their work on fracking. So we’re dealing in issues – and I think this is Burson Marsteller’s heritage really - that are current and controversial.'

...It’s heavily regulated sectors where we’re strongest and people who’ve got an innovative and perhaps disruptive brand. We worked on the strike that Uber had and I led Burson Marsteller’s work across EMEA for that. Also Aldi is indicative of where we’re going. Aldi is another disruptive brand who’ve come into a market and shaken it up. We’re not afraid of controversy.[5]

Ineos reportedly parted ways with Day's former agency B-M when he was made redundant in June 2018 after its merger with Cohn & Wolfe.