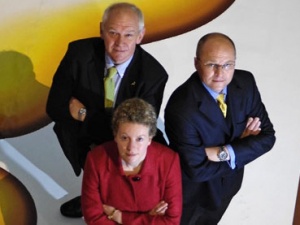 The Scottish Ministerial Advisory Committee on Alcohol Problems established in 2004, is a Departmental advisory committee. Formerly chaired by Labour's Tom McCabe, in his capacity as Deputy Minister for Health and Community Care. The new chair of the committee, following Labour's election defeat is Shona Robison SNP Minister for public health. The Committee meets 3 or 4 times a year, with the next meeting scheduled for the 2nd October 2007. This meeting will be the first to be chaired by a member of the SNP executive. The role of the committee is to "Advise the Scottish Executive on policy, priorities and strategic planning in relation to tackling alcohol misuse in Scotland." [1]

The committee focuses on specific Scottish themes and undertakes (via the Secretariat) work on topics of particular concern or specific relevance to Scotland. It is a platform for dissemination of best practice, establishes funding priorities, identifies gaps in research.