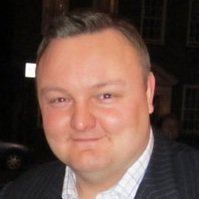 Richard Jackson is a special adviser and media operations manager to prime minister Theresa May, having previously worked for the Conservative Party where he was head of media operations during the 2015 general election. [1] Jackson the 'Remain' campaign’s media team. [2]

Jackson first worked in Westminster as a researcher from 2005 to 2006. He served as head of office for the House of Commons between 2010 and 2011, and then head of operations for the Conservative Party.