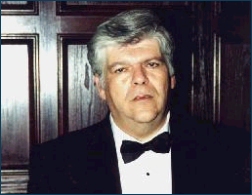 Described by Guardian journalist John Crace as an Academic 'Terrorologist', Paz lists his fields of expertise on his cv as:

"If news channels can't tell whether an expert witness is telling the truth, then what chance is there for a jury?"[4].

In 2004 Paz said he defines terrorism as advocating:

"the use and support of force against civilians."[5].

Reuven Paz courted controversy in 2004 when he argued that Internet information linked to Sami Omar Al-Hussayen was intended to foster terrorism while publishing the same information on the Prism website.

"This is not only the case of the content, it is the case of who is writing or saying this content,".

Paz conceded that he posted on the Prism Web site some of the very information prosecutors claim Al-Hussayen was responsible for disseminating.

The difference, he said, is that his Web site is devoted to academic research while that information - when placed on Islamic Web sites - promotes:

Prism director Reuven Paz warned in 2003 that Al-Qaida had started to use the internet to find ne recruits. He said:

After they lost their freedom of action in Afghanistan, this is their best way to get their message out, says Reuven Paz, director of the Israel-based Project for the Research of Islamist Movements. In my view, al-Qaida has become a virtual organization". They try to spread the message so that others will carry on the jihad without any headquarters or orders from bin Laden,[7].

According to The Express in March 2004:

"AL QAEDA bombers attacked Spain as part of a "domino" plan to force Western troops out of Iraq, Israeli intelligence analysts claimed last night. Reuven Paz, of Israel's Project for the Research of Islamist Movements, said a book published on the Internet last year by an Al Qaeda leader forecast that Spain would pull its 1,300 troops out after just two or three bombs"[8].

"Iraq was always very careful when it came to having contacts with terrorist networks. Sheltering and supporting them politically and materially, yes. Relying on them for plots and assassination campaigns was something different and too risky."[9]