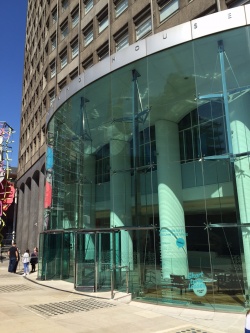 Oil & Gas UK is the lead lobbying group for the UK offshore oil industry. It was set up 2007.

Calling itself the "voice of the UK offshore industry" Oil & Gas UK states that "influencing governments and policy makers is an important part of Oil & Gas UK’s day to day work." It provides ongoing support for the Oil and Gas Groups at Holyrood and Westminster. [1]

Membership is open to all companies active in the UK continental shelf, from super majors to large contractor businesses and from independent oil companies to SMEs working in the supply chain.

It is run on a non-profit basis.

According to the Guardian, between 2010 and 2014 Oil & Gas UK and fossil fuel companies ExxonMobil, BP, Shell, Total, ConocoPhillips and Chevron had at least 230 meetings with ministers. This figure is a significantly higher number than meetings with renewable energy companies and their campaign groups - with Greenpeace and Friends of the Earth having just 67 meetings between them.[2]