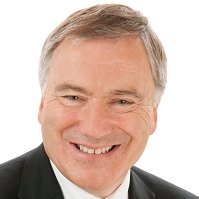 Mike Love is a former political agent to Margaret Thatcher.

He was UK chairman of Burson Marsteller from October 2012 to February 2016 and remains an employee, offering senior counsel to clients and colleagues. [1]

Having graduated from university, Love joined Shell UK Group as marketing and corporate affairs assistant, until 1980.

In January 1981, Love began working for the Conservative Party, first as political agent to Sir Hugh Rossi[2] and then as constituency manager and political agent for Margaret Thatcher. His conversations with Thatcher began in 1975, a month after she had become leader of the Conservatives, Love wrote to her enclosing a copy of a Young Conservative publication he had co-written called "The Right Direction", within weeks he received a letter from Thatcher and an invitation to meet her policy guru, Sir Keith Joseph[3]

In January 2005 he was appointed senior director of communications at Microsoft.

Then, in January 2007 he was appointed director of corporate communications at BT.

In January 2011 he was appointed director of communications at G4S.[4]

Burson Marteller handle the account for Ineos, one of the major players behind the pro-fracking push in the UK.