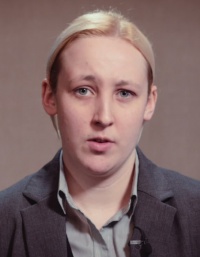 Mhairi Black is the Scottish National Party MP for Paisley and Renfrewshire South having won the seat in the May 2015 General Election. [1]

At just 20 years of age, Black challenged Labour candidate Douglas Alexander for the seat in Scotland, which had previously been a secure Labour seat for a number of years. Described as a 'rising star' she was said however, to have 'found herself at the epicentre of the hurricane which seems to have swept through Scotland since the independence referendum last September,' [2] with recent polls suggesting that Black could be set to overhaul Alexander who held a majority of 16,614 in the 2010 election.

Black is a student at the University of Glasgow and is set to take her final exams in politics after the election.[3] She is now also Britain's youngest MP since 1667.

The Guardian noted that Black 'was up against one of the best-known Labour MPs left in Scotland, Douglas Alexander, who was defending a majority of more than 16,000.' [4] Despite this, Black was able to win the seat in 2015 with 51 per cent of the vote share and a majority of 5,684. [5]