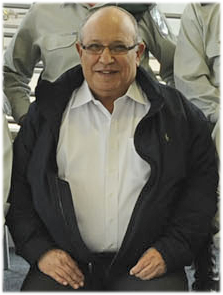 Dagan's military career was closely connected to that of Ariel Sharon. According to the Jerusalem Post:

The connection between the two men dates back to 1970, when, as a young paratrooper captain, Dagan was ordered by OC Southern Command Sharon to form what would become one of the most controversial units in IDF history, the Sayeret Rimon. Dagan and his men, dressed as Arabs, advanced from alley to orchard in the Gaza Strip, ruthlessly hunting down Palestinian terror cells.[2]

The Jerusalem Post also reports that Sharon and Dagan worked together on the 1982 Israeli invasion of Lebanon:

Col. Dagan was put in charge of south Lebanon and worked together with defense minister Sharon on the secret plan to destroy the PLO's state within a state in the Land of the Cedars. In the 1982 Lebanon War, Dagan, by then commander of the Barak Armored Brigade, was on the first tank to enter Beirut.[3]

According to Haaretz correspondent Yossi Melman, Dagan "proposed filing civil suits against parties behind terror financing while head of the Prime Minister's Office's anti-terror headquarters" in the late 1990s, a strategy he continued to support as Mossad chief.[4]

Dagan's tenure as Mossad director has been notable for the high turnover among his deputies, according to Haaretz:

The preferred candidate for Mossad head is current Shin Bet chief Yuval Diskin, whose term ends seven and a half months before Dagan will finish his eighth year in charge of the intelligence agency. After Hagai Hadas, who was recently placed in charge of the Gilad Shalit file, was pushed out as deputy Mossad chief, T. took over, but was then sent for a two-year stint at the National Security College. Two years later, after Dagan pushed Naftali Granot out in June 2007, T. was brought back. On Sunday it was reported that he had resigned.[5]

According to Haaretz, Dagan took over the agency with "a mandate to monitor and sabotage the Iranian nuclear program ahead of any decision by Israel to launch full-scale preemptive strikes."[6]

The paper cites Israeli officials as privately confirming that covert action is under way:

Western media reports have spoken of Mossad involvement in sabotage at Iranian nuclear facilities and sneak attacks on Iranian scientists and military personnel. Iranian media have reported the disruption of some suspected Israeli spy cells.[7]

In a meeting with the Knesset Foreign Affairs and Defense Committee on 16 June 2009, Dagan downplayed the significance of post-election protests in Iran, Haaretz reported:

"The reality in Iran is not going to change because of the elections. The world and we already know [Iranian President Mahmoud] Ahmadinejad. If the reformist candidate [Mir Hossein] Mousavi had won, Israel would have had a more serious problem because it would need to explain to the world the danger of the Iranian threat, since Mousavi is perceived internationally arena as a moderate element ... It is important to remember that he is the one who began Iran's nuclear program when he was prime minister."[8]

During the meeting, Dagan predicted that Iran would have a nuclear bomb by 2014, "If the project continues at the present rate and is not interrupted."[9]

The Jerusalem Post reported that Dagan was a Hawk on Syria when Prime Minister Ehud Olmert extended his term as Mossad Chief in 2007.

While the head of research in Military Intelligence, Brig.-Gen. Yossi Baidetz, told the Knesset Foreign Affairs and Defense Committee that President Bashar Assad's peace overtures are genuine, Dagan insisted they were merely a cover for Syria's hostile intentions. By giving him another year on the job, Olmert is reaffirming that his government isn't planning on entering negotiations with Syria anytime soon.[10]

Haaretz credits Mossad with spotting an alleged Syrian nuclear reactor bombed by Israel in 2007, and with the assassination of Imad Mughniyah of Hezbollah in Damascus in 2008, during Dagan's tenure.[11]

Following the January 2010 killing of Mahmoud al-Mabhouh, a leading figure in Hamas, the Times reported that Israel had increased the use of assassinations during Dagan's tenure as Mossad chief:

Only months after the former paratrooper assumed leadership of the intelligence service in October 2002, senior Hezbollah operatives in Lebanon began to be targeted. He was credited with ordering the killing of two relatively senior Hezbollah members who were killed in southern Beirut in July 2003 and August 2004.

More recently, Israel has been accused of planting a car bomb in Damascus that killed the top Hezbollah leader Imad Mughniyah in February 2008.[12]