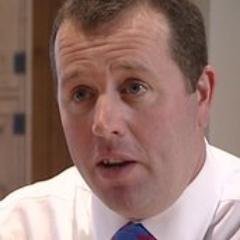 Mark Spencer has been the Conservative Party Member of Parliament for Sherwood since May 2010. [1] In the 2015 general election Spencer retained his seat with a majority of 4,647. [2]

From May 2015 to July 2016, Spencer served as a parliamentary private secretary to the secretary of state for DEFRA Liz Truss.[3] In July 2016, he was promoted to a new role in the whip's office under chief whip Gavin Williamson. [4]

‬Spencer has expressed support for fracking. Responding to concerns from local constituents in October 2015, Spencer said:

'I fully understand and appreciate people’s concerns about fracking, but I’d like to reassure you that the Government is creating a regulatory regime that provides clear, strong protections for the environment. With these in place, I think it is right that we explore and make use of shale gas and oil. The opportunity to extract this energy, as well as to secure jobs and investment, cannot be ignored.' [5]

Spencer's constituency includes eight oil and gas licence blocks, awarded by the Oil and Gas Authority under the 14th licensing round in 2015. Six shale licences were awarded to INEOS, one conventional licence went to Blackland Park, and one abandoned mine methane vent licence went to Alkane Energy. There are plans for four shale wells, three hrs frat well and 2D and 3D seismic surveying; no applications are currently underway as of November 2016. [6]

In January 2017, a freedom of information request by Friends of the Earth revealed INEOS plans to conduct seismic surveying in Sherwood Forest, a national nature reserve in Spencer's constituency. [7] Spencer has previously voted in favour of allowing fracking to take place under national parks and protected areas.

Spencer was previously a member of the All Party Parliamentary Group on Unconventional Oil and Gas.

Spencer has a generally voted against increased regulations on fracking . [8]