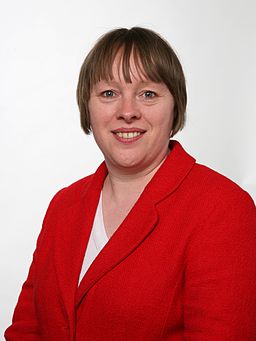 Maria Eagle has been the Labour Party MP for Garston and Halewood since 2010. Previously she was MP for Liverpool Garston from 1997 to 2010. She was appointed shadow secretary of state for transport in 2010.[1] She is the sister of fellow Labour MP Angela Eagle.[2]

In September 2015 following the election of new Labour leader Jeremy Corbyn Eagle was given the post of shadow defence secretary. Her stance on Trident renewal may bring her into conflict with Corbyn, who has voiced vehement opposition to the nuclear submarine system. [4]