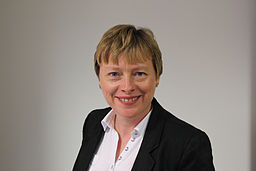 Angela Eagle has been the Labour Party MP for Wallasey since 1992. She was appointed shadow leader of the House of Commons in 2011.[1] She is the sister of fellow Labour MP Maria Eagle.[2]

In May 2015 Eagle announced that she will be standing in the contest for deputy leader of the Labour Party. [4] This role eventually went to Tom Watson.

Eagle was appointed to the shadow frontbench in September 2015 by new leader Jeremy Corbyn in the post of shadow business secretary and will also become shadow first secretary of state, deputising for Corbyn in the Commons.