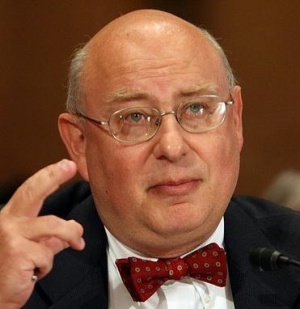 Marc Sageman is a terrorism expert and practicing psychiatrist. European-born but American-educated, Sageman served in the U.S. Navy as a flight surgeon before joining the CIA in 1984. During the late 1980s, he was based in Islamabad and worked closely with the Afghan mujahideen forces that were fighting the Soviets.[1]

Development of Social Networks In Context

In July 2008 Decisive Analytics Corporation (DAC) announced that it had been selected by the US Air Force to develop new technologies to automatically identify terror networks and analyse their social context. The announcement stated that the project, termed Social Networks In Context (SONIC), builds on the company's BOBCAT approach to identifying and stopping terrorism, and that Sageman would work in partnership with DAC on the project.[2]

Sageman has publicly disagreed with former RAND analyst and Georgetown professor Bruce Hoffman over the nature of the terrorist threat to the United States. Sageman has argued that the threat comes not from Al-Qaeda but from independent and self-organised individuals and groups. Hoffman on the other hand has emphasised a continued and resurgent threat from Al-Qaeda.[3]

Reviewing Sageman's book for Foreign Affairs, Hoffman wrote that Sageman has “a fundamental misreading of the Al Qaeda threat,” adding that his “historical ignorance is surpassed only by his cursory treatment of social-networking theory.”[4]

In a subsequent issue of Foreign Affairs, Sageman accused Hoffman of “gross misrepresentation” and in an interview with the New York Times, he said he was at a loss to explain Hoffman’s critique saying: “Maybe he’s mad that I’m the go-to guy now.”[5]