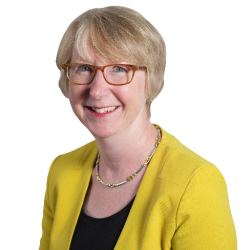 Maggie Throup has been the Conservative Party Member of Parliament for Erewash since May 2015. [1]

In her first election Throup gained a majority of 3,584 [2] successfully defending the seat for the Consevatives having replaced Jessica Lee who served the constituency form 2010 until she retired in 2015. [3]

Throup's constituency includes one oil and gas licence blocks, awarded to Warwick Energy by the Oil and Gas Authority under the 14th licensing round in 2015. There are currently no plans for underway. [4]

Prior to the 2015 general election, Throup said talk of fracking in her constituency was 'scaremongering' as the borough council had received no approaches from firms with fracking plans, but adding 'we need to look at all opportunities to make sure we have secure energy sources before the lights go out.' [5]