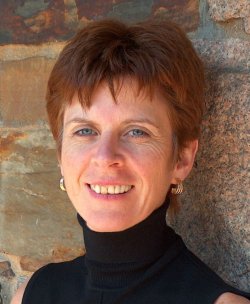 Louise Richardson is an academic and administrator currently based at the University of St. Andrews. She is considered an expert on terrorism and is the author of What Terrorists Want: Understanding the Enemy, Containing the Threat.

Richardson was born in Ireland to Catholic parents. Following the Bloody Sunday massacre of 1972, in which 26 Irish protesters were shot (and 14 killed) by British troops in Derry, Richardson says she would have joined the IRA "in a heartbeat". "But," the Christian Science Monitor writes, "she was only 14, and as she attended university and learned the real story behind some of her childhood myths, she became more interested in understanding terrorism than in joining it." [1][2]

From 1989 to 2001, she was Assistant Professor and then Associate Professor of Government at Harvard, specialising in international security. She served for eight years as chair of the Board of Tutors and as head tutor in the Department of Government. For several years, she taught Harvard's large undergraduate lecture course, Terrorist Movements in International Relations.[3]

In June 2008 the University of St. Andrews announced that Richardson would be appointed Principal of the University, effective in January 2009. [4]

The original publisher of Richardson's book What Terrorists Want, objected to a line in Chapter Six which read: “The 3,000 casualties inflicted by al-Qaeda, while enormous, pale in comparison to the 30,000 suicides and 16,000 homicides in the US that same year, not to mention the 42,000 Americans who died in car crashes – 17,500 of them alcohol-related fatalities.” According to the Financial Times, Richardson told the publisher she 'not willing to change a single substantive point' and says she was “happy to pay back the advance and walk away there and then”. [5]