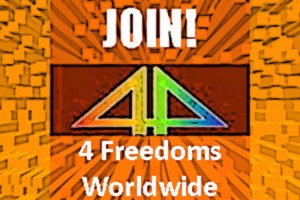 Kinana Nadir is the pseudonym of a counterjihad activist based in the UK.

On 30 March 2011, the Redding Tea Party Radio show based in Northern California featured an interview with Kinana, who was reported to be visiting family in the United States nearby. The programme stated the Kinana worked closely with Alan Lake on the 4Freedoms.com website. Kinana appeared to have an American accent.[1]

He has reportedly associated with the 'Pakistani Christian Division' of the English Defence League (EDL)[2] and was reportedly still attending EDL demonstrations in 2015.[3]

Redding Tea Party Radio also claimed that he grew up in the area (Redding) and was visiting friends, but is based in the UK. It also stated he was an 'English Muslim spy'.[4]

According to British group Hope Not Hate, Kinana is 'personally linked' to American counterjihad activist Pamela Geller.[3] The same organisation states that Kinana runs a private discussion group, called the 7/7 Society, which meets occasionally in pubs in Holborn / Chancery Lane area of central London and once discussed what action to take in the event of Stephen Yaxley-Lennon (aka Tommy Robinson) being murdered.[3]

A picture of the low-profile activist was published on page 30 of Hope Not Hate's July 2015 report The Muhammed Cartoons: the counter-jihadist plot to ignite a civil war in Britain.