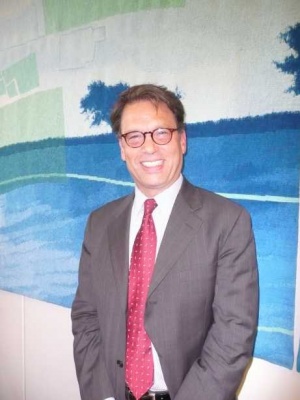 From an updated HJS profile:

Jonathan S. Paris is a London-based political analyst and Fellow at the Hudson Institute, a think tank in Washington, D.C. Formerly a Middle East Fellow with the Council on Foreign Relations and a Senior Associate Member of St. Antony's College, he moved to London in 2001 and concentrates on transnational threats and radicalisation in Europe, the Middle East and South Asia, and Transatlantic relations
He recently completed a study on extremism and counter-radicalisation in Europe for the US Government, and is currently preparing a study on the future of Pakistan. He has been Senior Advisor to the Chairman of MBI International since 2003 and will be a Research Associate at the Buckingham University Center for Security and Intelligence Studies beginning in October 2008.
He taught at Yale University on Islam and Politics and on the Middle East from 1994-97 and co-edited The Politics of Post-Suharto Indonesia (CFR/Brookings 1998). A member of the IISS in London and the Council on Foreign Relations in New York, Mr. Paris is a graduate of Yale University (Magna Cum Laude, B.A., Political and Economic Systems, 1975) and Stanford Law School (J.D., 1978). His email is Jonathansparis@yahoo.com[2]