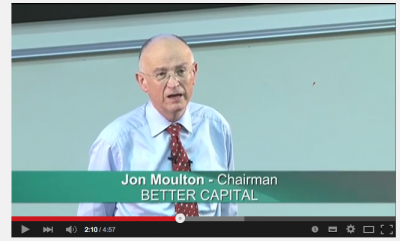 He was previously managing partner of Alchemy and has also worked for Citicorp Venture Capital. [2]

In May 2013 Moulton was named chairman of Guernsey's Channel Islands Stock Exchange (CISX), which has over 5000 listings.[3]

Moulton is also a non-executive chairman of FinnCap, the stockbroker, and chairman of Aurigny Group, Guernsey's struggling airline.[3]

He is a board member of the Centre for Policy Studies.

Moulton donated to the Vote Leave campaign for Britain to exit the EU in 2016.

Donations as recorded by the UK Electoral Commission: