Helen Jamison is the Deputy Director of the Science Media Centre.[1] Having trained as a neuroscientist, Jamison went on to build a career in science communication, working in the press office of science magazine Nature before joining the SMC in 2007. She has blogged for The Times and written for the 'IndyVoices' project of the Independent.

<youtube size="medium" align="right" caption="'Engaging with the media - Dr Helen Jamison', presentation given at Cardiff University">xd47tREexoQ</youtube> Jamison joined the Science Media Centre in 2007 as Engineering Press Officer. She was promoted to Senior Press Officer in 2008 and Deputy Director in 2011. [3]

Views on the role of press officers

In March 2013, Jamison wrote a piece about the role of press officers in the NHS for the Independent's 'IndyVoices', noting:

At the Science Media Centre, where we respond to some of the most controversial health and science issues that hit the headlines, we have experienced this spin at the sharp end: NHS trusts reluctant to speak to the media on the latest health scare, and press officers warning that experts can only take part in press briefings if they’re not “on camera”. This need to take a risk-averse approach for fear of upsetting those in charge or straying too far from the agreed line is all too familiar.

Jamison presented evidence alongside Tracey Brown from Sense About Science at an oral evidence session of the UK Parliament's Science and Technology Committee's inquiry into ‘Clinical trials’ on Wednesday 15 May 2013,[5] noting: 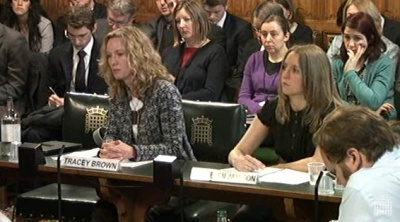 Although the Science Media Centre is not directly involved in the AllTrials campaign, we are generally very supportive of openness, and that is one of the reasons why we exist. We feel that it is very important that both the public and policy makers, whenever they are making decisions, can do so on the basis of full, accurate evidence that they have available to them.

One thing that we have struggled with in the past when responding to controversial and difficult stories in the headlines about clinical trials and other areas more generally is that there is sometimes a reluctance on the part of industry to engage when an issue is on the front pages. Often, that can be the case with scientists and academics who are slightly related to Government as well. The impact of that is that, generally, it leaves a bit of a vacuum at a time when actually more information is needed. At the Science Media Centre, we often become very reliant then on independent academics based in universities. So I think a move towards greater openness on the part of industry would be a very good thing, but it would have to get down to grass-roots level in terms of how they engage with the national news as well as the public and the rest of the scientific community.[6]

Jamison formerly worked in the London press office of the science magazine Nature.[7]

Jamison is on the committee of Stempra, an informal UK network for practitioners of science public relations (and has a Stempra email address).[8]

Jamison is an associate member of the Association of British Science Writers alongside her Science Media Centre colleagues, Will Greenacre, Edward Sykes, and Tom Sheldon.[9]

Jamison is a Trustee of Compassion in Dying, the UK charity for end-of-life rights, and 'has a particular interest in the evidence-based communication of information about end of life and dying to patients and the public'.[2]

She has also written about end of life care and death for 'IndyVoices' in the Independent, noting:

Unfortunately this sensitive issue has been turned into a sensational ‘for’ and ‘against’ debate by some. It's actually a little more complicated than that and although it’s right that the Government give this issue attention, a knee-jerk reaction to media scare stories may not be the best response.[10]