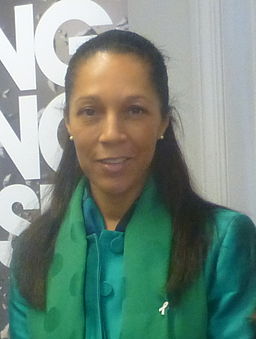 Helen Grant has been the Conservative Party's MP for Maidstone and the Weald since 2010.[1] In the 2015 election, Grant retained her seat with a majority of 10,709.

She was appointed joint parliamentary under secretary of state at the Ministry of Justice and for Women's and Equality Issues in September 2012.[2] Grant took on the role of parliamentary under secretary of state (sport and equalities) at the Department for Culture, Media & Sport in October 2013.[3] Following the Prime Ministers reshuffle in May 2015, Grant no longer holds her role as minister for sport. [4]

Grant studied law at Hull University and practised as a family solicitor after qualifying in 1988. She set up Grants Solicitors in 1996.

Grant served on the Justice Select Committee until 2011 and was appointed to the Conservative social justice policy group in 2006.

In 2006 she worked for Iain Duncan Smith’s think tank the Centre for Social Justice. [5]

Having left her role as parliamentary under secretary of state at the Department for Culture, Media & Sport in May 2015, Miss Grant sought the advice of the Advisory Committee on Business Appointments (ACOBA) regarding two new appointments outside of government. The appointments were; Honorary patron of Women in Racing (a part-time, unpaid appointment) and another as Trustee of the Human Trafficking Foundation.

Despite her former department's occasional dealings with WIR, the committee saw no problem with the appointments given that Miss Grant serve a 2 year lobbying ban from her final day in office and that she does not use any of the privileged information she may have had access to during her time in government. [6]