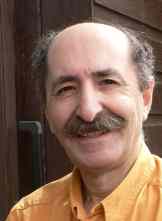 Hazhir Teimourian is an independent journalist originally from the Kurdish region of Iran. He is a former columnist with The Times and a founding member of the Limehouse Group of Analysts, a group of military analysts associated with the British Forces Broadcasting Service.

The fact that Teimourian is from the Middle East but has pro-Western political views has made him a popular media pundit. Teimourian has advocated the view that Islamic thought and democracy are incompatible and that large-scale immigration is dangerous.[1] He has also been an important proponent of British military aggression. In February 1998 he published an article in Prospect Magazine stating that he was now in favour of Western military action against Iraq.[2] This was around the same time that the US and Britain initiated a more aggressive policy towards Iraq[3] which ultimately led to large scale bombings in December 1998, and interestingly was also around the same time that the Limehouse Group of Analysts was formed. In 2005 Teimourian appeared regularly on British television as a commentator. Teimourian’s website quotes John Keegan Defence Editor of The Daily Telegraph as saying, “It’s a shame to see that sane voices such as Hazhir Teimourian’s are being drowned in this hysterical anti-war chorus”[4]