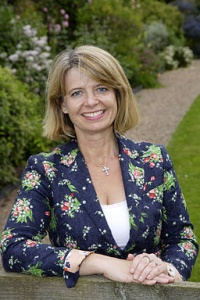 Harriett Baldwin has been the UK Conservative Party minister for defence procurement since July 2016, and was previously economic secretary.

In September 2012 Baldwin was appointed Parliamentary Private Secretary to Mark Hoban MP, who was employment minister in the Department for Work and Pensions. [3]

Following the general election in May 2015, Baldwin was appointed economic secretary to the HM Treasury (city minister). [4]

As part of her defence role, Baldwin had dinner with science and engineering employees of BAE Systems on 5 April 2017 and lunch at the invitation of Thales at the Paris Air Show on 19 June 2017. Employees of both firms were present on both occasions. [5]

Baldwin is a former banker and fund manager. She joined JP Morgan Chase in 1986, becoming Managing Director and Head of Currency Management at their London office in 1998. She left the bank in 2008 and was until 2010 vice chair of Social Investment Business, an organisation which helps charities and social enterprise win public sector contracts.

Gifts, benefits and hospitality declared as an MP