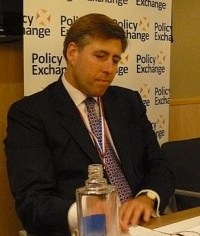 Address of donor: 2 Queen Anne’s Gate, London SW1H 9AA
Amount of donation (or estimate of the probable value): travel and accommodation estimated at £3,600 :Destination of visit: Azerbaijan Date of visit: 22 -27 July 2011
Purpose of visit: to meet senior Azerbaijani political and business figures and, British diplomats, and to visit some of the regions and IDP camp. (Registered 26 August 2011)

Address of donor: Government Administration Building, Grand Cayman, Cayman Islands
Amount of donation (or estimate of the probable value): £8,600
Destination of visit: Grand Cayman
Date of visit: 30 March to 6 April 2012
Purpose of visit: to attend a great number of events and meetings and participate in a very wide ranging number of topics with the government and other interested parties. (Registered 16 April 2012)

Brady's constituency includes one oil and gas licence blocks, awarded to INEOS by the Oil and Gas Authority under the 14th licensing round in 2015. There are plans for one shale well and 2D and 3D seismic surveying; no applications are currently underway. [3]

'Shale gas has the potential to be an important source of energy for the UK, reducing our dependence on volatile overseas suppliers and helping to prevent price rises for homeowners and businesses.The government has committed to the very highest standards of environmental monitoring and protection and these must be observed in practice. Any exploitation of shale gas reserves must only proceed when it can be shown to be safe and to meet proper environmental standards. I will work with Trafford Council and any concerned local residents to ensure that proper standards are met throughout the process.' [4]

Graham Brady has generally voted against increased regulation on fracking. [5]