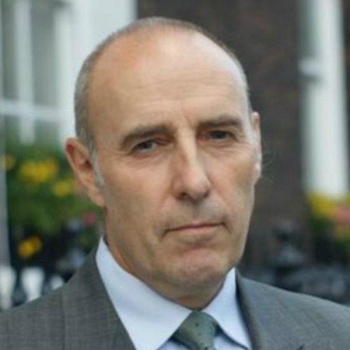 Lieutenant General Sir Graeme Lamb is a retired British Army officer who served as director of the UK Special Forces and Commander of the British Field Army. He also held senior military positions in the Western campaigns in Iraq and Afghanistan.

Since retiring from the military, Lamb has held several private sector roles, notably as a non-executive director at controversial private security firm Aegis Defence Services and as a special adviser to G3 and S4Si and Palantir Technologies.

Lamb is a regular media commentator on military and geopolitical issues.

He also served as special adviser to US General McChrystal in Afghanistan.

Lamb is an adviser to G3, which was hired by the Bahrain government's Information Affairs Authority in July 2011, according to official tender documents, for a sum of £1.5 million (US$ 2,370,000). G3 was tasked with developing a "media campaign to support Bahrain's position in the international community". [2]

Adviser to United Against Nuclear Iran