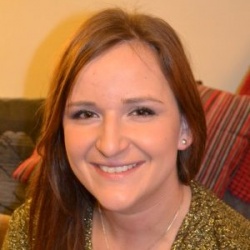 Flora Coleman is a former special adviser to Leader of the House of Lords and Chancellor of the Duchy Lord Strathclyde.[1] She has worked at lobbying consultancy MHP Communications from January 2013 to March 2016.

She now works as head of government relations at TransferWise, a peer-to-peer money transfer service. [2]

Coleman is a Manchester University graduate from North London. She has a background in administration and has previously worked in the Royal Courts of Justice and in investment banks in London and Australia. She was part of the Islington Conservatives campaign team in the run up to the 2010 general election, saying:

I've lived here all my life and although I've always been political I never considered myself a 'Conservative'. Marching against the war in 2003 I wouldn't have imagined myself standing for council. In 2006 I started to wonder what the point in complaining was if I wasn't going to do anything about it. I started attending Conservative meetings and realised that Tories are people like me. If we want to change the way this country is run, make life better for the poorest in society and restore aspiration for all the we need to elect a Conservative Government. I hope, with Islington Conservatives, I'm doing my bit to achieve this.[3]