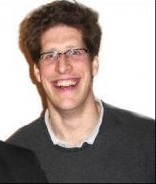 Duncan McCourt has been a special advisor to Philip Hammond, the chancellor of the exchequer, since January 2015.

Whilst still studying at university, McCourt took up short term roles as an analyst in the external relations division at the European Commission; and a consultant at the World Bank and BearingPoint.

After completing his studies, McCourt moved into banking. Working as an analyst in the European equity strategy team at Credit Suisse First Boston from 1999 to 2002 and then at JP Morgan from 2002 to 2003.

McCourt's next move was into the world of politics, as an assistant to Peter Viggers, an MP and member of the House of Commons Treasury Committee from 2005 to 2006.

He was then a partner at management consultancy McCourts from 2006 to 2010.

From 2010 to 2015 he was the office manager for Andrea Leadsom MP and the project director for Fresh Start - looking at the UK's relationship with the EU.

In January 2015 he was appointed special advisor to Philip Hammond in the Foreign and Commonwealth Office.[1]