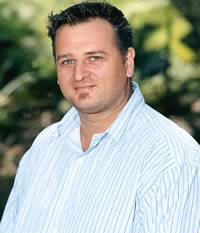 David Peter Wright-Neville is a former analyst at Australia's Office of National Assessment. He is an Associate Professor of Political and Social Theory at Monash University, and Deputy Director of the University’s Global Terrorism Research Centre and also teaches at the Australian National University.

Before joining Monash University in mid-2002 Wright-Neville says he was “the senior terrorism analyst of the Australian intelligence community”; and before that “the senior southeast Asia analyst”.[1]

In early 2007 David was a Visiting Fellow at the University of Oxford where he worked on several publications. These include a forthcoming book titled Counter-Terrorism Policing: Community, Cohesion, Security, co-authored with Associate Professors Sharon Pickering and Jude McCulloch and due for release in early 2008. This will be followed by Social and Cultural Violence in the Twenty First Century: Globalisation’s New Challenge edited by David Wright-Neville and Anna Halafoff (London: Edward Elgar 2008) and The Dictionary of Global Terrorism (Cambridge: Polity) also due for publication in 2008.[3]