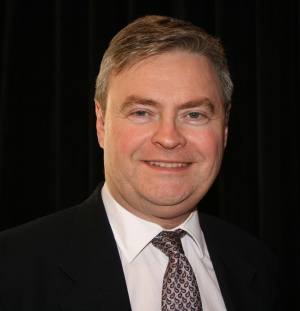 David Campbell Bannerman (born 28 May 1960, Bombay, India) is an MEP for the East of England for the Conservative Party.

A former Conservative special adviser to Northern Ireland Secretary Sir Patrick Mayhew, Campbell Bannerman left the Tories to join right-wing "Eurosceptics" the United Kingdom Independence Party (UKIP) in 2004. He was elected as an MEP for UKIP in 2009. He subsequently defected to rejoin the Tories in 2011.[1]

He is a vocal supporter of Brexit and adivsory board member of Leave Means Leave.