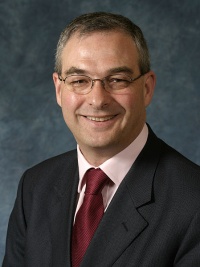 Lord Colin Boyd (born 07 June 1953) was Lord Advocate for Scotland from 2000 until his resignation in October 2006. He worked as an advocate depute from 1993 to 1995. He was then solicitor general for Scotland from May 1997 until his appointment as the lord advocate. In April 2006 he was appointed to the House of Lords.[1]

Consultant,[2] Dundas and Wilson (http://www.dundas-wilson.com/) - Legal firm. Approved by ACOBA "on the basis that he would be bound by the Code of Conduct for Scottish Solicitors and the Solicitors’ Practice Rules (soon to be replaced by the Solicitors’ Code of Conduct) and given his undertaking, which they welcomed, that he would not be personally involved in lobbying Ministers or officials in either the UK Government or the Scottish Executive for 12 months after leaving office"[3]