Celtique Energie was a privately owned, British-based company with subsidiaries and operations across five European countries involved in the exploration of oil and unconventional gas in the UK, Poland, France, Switzerland and Germany.

Proposals to drill in national parks 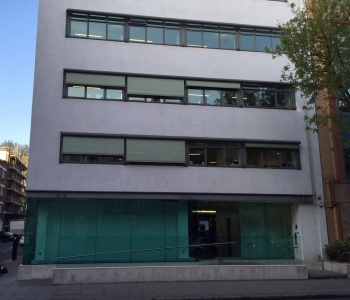 Celtique planned to drill for oil and shale gas in the UK's South Downs National Park, among other areas.

However in September 2014 the South Downs National Park Authority (SDNPA) recommended refusal of Celtique's application for a three-year temporary permission to drill at Nine Acre Copse, Fernhurst, situated within the national park, because it was 'not in the public interest' and the firm had failed to show 'exceptional circumstances' for drilling in the park. [1]

The Authority had stopped consideration of Celtique's application earlier in 2014 because it said 'significant details have been omitted from the applicant’s Environmental Statement”. As a result, it commissioned independent specialist advice on what the application said about noise, hydrogeology, geology, borehole integrity, well drilling and well casing and testing.

In a statement in September 2014 Celtique claimed its plans would have only 'a modest impact' on the national park:

As part of our application we have submitted a comprehensive Environmental Statement that assesses the potential environmental impacts associated with Celtique’s operations, including landscape, transport and noise, and describes in detail the steps we would take to mitigate them. We are confident in the robustness of our application and hope that the Planning Committee of the South Downs National Park Authority shares this view when they meet to decide on the application next week.

We recognise the importance of the South Downs National Park to the local community in terms of culture, heritage and economic contribution to the region, and reiterate that minerals can only be worked from where they naturally occur. The exploration well is a temporary structure that would have a modest impact on the local area during its relatively short period of operation but would conclude on behalf of DECC whether oil or gas reserves exist in this location that could contribute to the UK’s energy mix.

In October 2014 Celtique Energie Weald Ltd and its joint investment partner Magellan Petroleum (UK) Ltd confirmed it would appeal the decision by West Sussex County Council (WSCC) to refuse planning permission for a temporary exploration well near the villages of Kirdford and Wisborough Green. The firm argued that the council's 'reasons for rejecting the application are fundamentally unsound'.

Celtique's press release stated that it would:

lodge an appeal with the Planning Inspectorate, an executive agency of the Department for Communities and Local Government, which will appoint an independent planning inspector to review WSCC’s decision. The inspector will then either make a ruling on the appeal or make a recommendation to the Secretary of State.[2]

However on 11 March 2015, Celtique announced it had decided to withdraw the appeal against the WSCC's decision, 'primarily due to the impact of the Inquiry delay' on future exploration. The licence term of PEDL 234 was due to expire in June 2016. [3]

The PEDL 234 block has since been bought from Celtique and Magellan for £3.5m by UK Oil and Gas Investments, one of the companies behind the Horse Hill oil well near Gatwick.

Policing at its sites

Sussex Police was one of the first forces to associate protest against oil and gas as a public threat when it identified Celtique's Broadford Bridge exploratory drilling operation ‘as a site for potential “domestic extremism”’ in early 2013 according to council documents published by Netpol. [4]

Celtique's initial seed funding 'was provided by UK investors and management and this was supplemented in 2006 by significant capital provided by a USA private equity house, Avista Capital Partners (www.avistacap.com).

The shareholding in September 2014 was majority owned by Avista. Calmar LP also committed a significant investment in 2011, and other investors include the management team and the original British seed investors. [5]

Celtique originally held 16 licences in five countries across Europe. Eleven were operated by Celtique, the others by partner companies, which include Egdon (operator of joint licences in the East Midlands), Union Jack, Corfe, Terrain and Magellan.