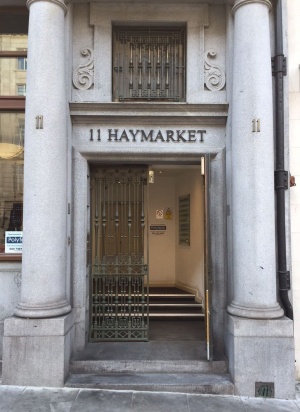 Butler Kelly is a cross-Party public affairs consultancy set up in 1998 by directors Phil Kelly and Chris Butler. [1]

Butler and Kelley started their business association in 1995 with the formation of a public affairs unit in Grandfield Public Affairs[2].

Butler is a former Conservative MP and Secretary to the Backbench Trade and Industry Committee; before entering Parliament he was a political advisor to Number 10 and ministerial Special Advisor in the Office of Arts and Libraries and the Welsh Office.

Kelly is a former Deputy Leader of Islington Borough Council, now Chief Whip, a former advisor to the Labour Shadow Cabinet and Editor of Tribune, the Labour Party weekly paper from 1987-1991. [3]

Butler Kelly say they provide a variety of services for their clients: political monitoring of Parliament, advising on how to protect your interests and find out the real agenda behind the issues raised; strengthening submissions to Government or the Opposition policy-making machinery, acting as bridges between business, Westminster, Whitehall and Local Authorities; incorporating clients views into legislation, convincing the key officials in Whitehall before any Bill is even drafted; Select Committee preparation; Local Government liaison, helping private sector clients to minimise opposition on procurement, PPP, planning and regeneration.

In August 2011 former Conservative MP Nigel Waterson, who retains a parliamentary pass, was listed as working as a consultant for Butler Kelley. He told the Bureau of Investigative Journalism however that: ‘I am careful to follow the House rules about not using my pass when visiting the house in a lobbying capacity.’ His former Parliamentary colleague the Labour MP Parmjit Dhanda was also listed as a consultant. Dhanda also had a pass after the election but has subsequently given it up. [6]

According to the All-Party Register, Butler Kelly is paid by its client, MSD, to act as the group’s secretariat. [8] MSD or Merck Sharp & Dohme Limited is the UK subsidiary of Merck and Co. Inc.[9]