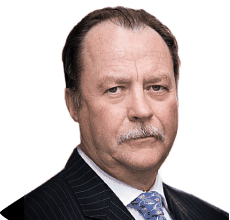 Bruce Hawker has been described as 'Australia's greatest political strategist', securing victory for successive Labour governments including that of Julia Gillard in 2010.

He is the founder of Australian heavyweight lobbying firm Hawker Britton and chairman of Campaigns and Communications Group, which he founded in January 2011.

From 1997 to 2008, he didn't lose an election in a single state or territory. He helped Julia Gillard to victory in the 2010 election and brokered the deal that brought her into office. [1]

Helping UK Labour counter the 'Wizard of Oz' in the UK

In November 2013 Hawker was due speak to UK Labour Party big-wigs on how best to prepare for a 'media-led campaign against Labour' aided – as the Conservatives were in Australia – by the Murdoch empire and the rightwing press. [1]