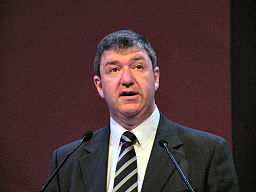 Alistair Carmichael has been the Liberal Democrats MP for Orkney and Shetland since 2001. He is the deputy leader of the Scottish Liberal Democrats [1] and under the coalition government was the secretary of state for Scotland. [2]

Carmichael was re-elected in the 2015 general election in May, but his seat which was once considered the safest seat in Scotland came under considerable threat from the so-called 'SNP surge.' [3] The surge described by Salmond as a tsunami, nearly 'unseated the MP with the safest seat in Scotland – former Scottish secretary Alistair Carmichael.' His 9,928 majority was reduced to just 817 votes over the SNP candidate Danus Skene. [3]

He was appointed Comptroller (HM Household) (Deputy Chief Whip, House of Commons) in 2010.[4]

In July 2007 he was chosen to work as the Liberal Democrats Northern Ireland and Scotland Spokesman. [1]

Before entering a role in Parliament, Carmichael worked as a solicitor in Aberdeenshire. [1]

In the build up to the 2015 general election a memo of a conversation between the leader of the Scottish National Party Nicola Sturgeon and a French ambassador, where the Scot claimed she would prefer David Cameron to remain as Prime Minister, was leaked. In May 2015, after the election, Carmichael has admitted the memo was written by a civil servant in the Scotland Office and leaked to the Daily Telegraph by his special adviser, Euan Roddin.[5]