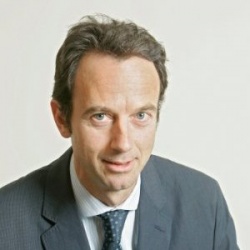 Prior to his appointment, Chisholm was chief executive of the UK's Competition & Markets Authority from 2013-2016, and commissioner at Ireland’s Commission for Communications Regulation from 2007-2013. He has served as a trustee and deputy chair of Breadline Africa, a charity dealing with extreme poverty.

His early career was spent in the Civil Service which he joined as a fast-streamer and then worked in the Department of Trade & Industry and the Office of Fair Trading. [3]