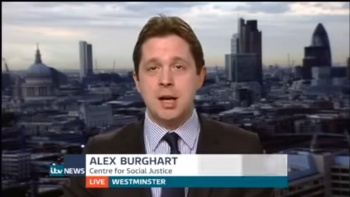 Alex Burghart is a special adviser and policy unit lead on social justice to prime minister Theresa May. He was a policy adviser in the Department for Education from 2010 to 2011, and also worked as a researcher and adviser to the shadow children's minister from 2008 to 2010. [1]

Burghart was director of policy at the Centre for Social Justice from 2012 until 2016, where he worked with the PM's co-chief of staff Fiona Hill. [2]

He was also appointed director of strategy and advocacy for the Children's Commissioner in February 2016.

In the 2015 general election, Burghart stood as a Conservative Party candidate for Islington North and lost.