Difference between revisions of "Luther Pendragon"

Luther Pendragon is a London-based crisis communication and lobbying company and the European affiliate of Nichols-Dezenhall. 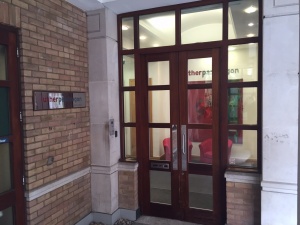 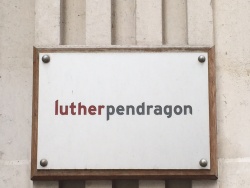 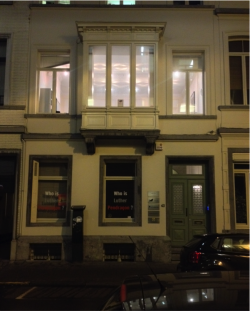 In September 2005, PR Week reported that "managing partner Simon Whale and partners Gina Coladangelo, Daniel Guthrie and Amy Kroviak have joined forces to take control from founders George Pitcher and Charles Stewart Smith. The pair started Luther in 1991 and between them own 75 per cent."[2]

In February 2008, it emerged that Luther Pendragon was one of three agencies refusing to join the Association of Professional Political Consultants (APPC), following a committee inquiry chaired by Labour MP Tony Wright. Despite attempting to "make amends" by drawing up its own code of conduct, the controversy surrounding Luther Pendragon's steadfast refusal to register resulted in a representative being called in to give evidence to MPs at the Public Administration Select Committee.[3]

In 2009, Luther Pendragon opened their Brussels office that is headed by former MEP Mark Watts. Explaining new recruits as Oliver Kaye, Mark Simpson, and Rose Montgomery with EP backgrounds, Watts said, "Regulation is now back in fashion in a big way and we know Brussels will be seeking to regulate almost every sector in 2010. Luther is advising clients that 2010 will be the ‘Year of EU Regulation’." He added: "The background of Luther’s new team reflects the post-Lisbon reality. The European Parliament is now the key institution and our understanding of what makes the Parliament tick is second to none."[4]

In February 2013 PRWeek reported that:

Luther Pendragon has told healthcare clients that it is no longer working with Philip Morris after a number of them questioned its work with the tobacco firm. [5]

In August 2005, the Committee on Radioactive Waste Management (CoRWM) hired Luther Pendragon "to advise on communication issues arising from the third phase of the Committee's public and stakeholder engagement process".

According to CoRWM, "Luther Pendragon has been retained to support the process of consultation which will inform CoRWM's final recommendations, due to be presented to government in 2006. The Luther team will comprise: Adam Lewis, Ben Rich, Mike Granatt, Susie Winter and Aideen Lee.[6]

When NuclearSpin sent in an FOI request for all correspondence between CoRWM and its PR company, Luther Pendragon, Defra officials discussed whether the information could be released. See CoRWM section for more details. Initially the officials believed the information could not be released as "our Media Advisors .. are a private sub-contracted company, and any communication/s they hold with CoRWM Members that does not channel via the secretariat (Defra) is held as confidential – between two private parties.”[7]

Here was an admission that CoRWM’s PR company was not contracted to CoRWM but to AMEC NNC, a nuclear company. The CoRWM section reveals how it was up to AMEC NNC and Luther as to what information was released rather than Defra officials.

When Luther Pendragon was finally asked to provide details of correspondence between the PR company and CoRWM as part of the FOI request, Adam Lewis from Luther replied:

"We estimate that it will take a consultant around 7 hours in total. As per the contract this time is charged at £200 per hour bringing it to a total of £1400."

On receiving this, Adam Scott from CoRWM wrote to a colleague that:

"this is ridiculously expensive, please can you check urgently with defra FOI people whether we have to spend this kind of money as a result of their 'advice.'"

In the end, sources from CoRWM have told NuclearSpin that the money was not paid.[8]

Luther Pendragon has lobbied for a number of clients involved in the education industry.

The register of consultant lobbyists documents those clients on behalf of whom Luther Pendragon have lobbied government ministers and the firms 2015/2016 listings are as follows: