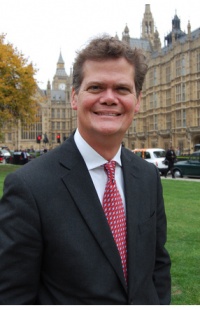 Stephen Lloyd was the Liberal Democrats member of Parliament (MP) for Eastbourne from 2010 to 2015.

In 2012 Lloyd was appointed as the Liberal Democrat front bench spokesman for Northern Ireland and in 2014, as the parliamentary private secretary to Ed Davey the then secretary of state for energy and climate change.[1]

Lloyd lost his seat in the 2015 general election to the Conservative Party's Caroline Ansell by 733 votes.[2]