Not to be confused with Lawrence Zelic Freedman 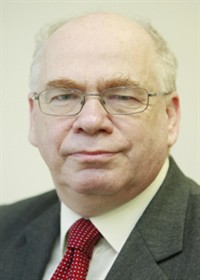 Sir Lawrence David Freedman is Professor of War Studies in the Department of War Studies at King's College London, a post he has held since 1982. He has recently been appointed Vice-Principal (Research) at King's. He was educated at Whitley Bay Grammar School and the Universities of Manchester, York and Oxford. Before joining King's he held research appointments at Nuffield College Oxford, IISS and the Royal Institute of International Affairs. He was elected a Fellow of the British Academy in 1995 and awarded the CBE in 1996, and is the Official Historian of the Falklands Campaign. He was awarded the KCMG in 2003.[1]

His area of academic expertise is nuclear strategy and the cold war, though he writes regularly on contemporary security issues.

Freedman has written extensively on nuclear strategy and the cold war, as well as commentating regularly on contemporary security issues. His publications include:

Freedman's wife Judith is KPMG Professor of Taxation Law and a Fellow of Worcester College at Oxford University. They have two children, Sam and Ruth.

Freedman was one of the founders of Simulstat Limited, a consultancy spun-off from the King's College War Studies Department, which applies military wargaming techniques to the business world.[2]

Private Eye said of this venture:

such cosy links between King's and the defence establishment have been causing concern among some historians, who fear that such a relationship threatens academic independence.[3]

Private Eye criticised Freedman's appointment to the Iraq Inquiry led by Sir John Chilcot because of links between the King's College war studies department and the Ministry of Defence:

Freedman played a key role in securing the private finance deal under which the college took over responsibility for providing academic support for military training at both the Joint Service Command and Staff College at Shrivenham, and at the Royal Air Force College in Cranwell. Indeed applicants for some academic posts in the war studies department now have to be vetted by the MoD before they can take up their posts.[4]