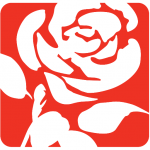 In September 2016, shadow energy and climate secretary Barry Gardiner announced that a future Labour government would impose a national ban on fracking. The move was welcomed by green campaigners and local resident groups who are threatened by the industry. [1]

In July 2019 the Labour Party released its analysis showing that fracking, if it goes ahead in Britain, would stop the country reaching a net zero target for carbon emissions by 2050.