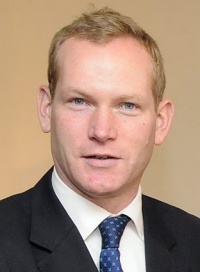 He left the Government in October 2013.[2] He has been the Member of Parliament for Taunton Deane since 2005.

After leaving politics, he is now an independent consultant and an honorary professor at the University of Nottingham.

In September of 2015, Browne took on the position of Senior Representative in Europe for the City of London Corporation. He was allowed to undertake this role on the basis that 'he should not become personally involved in lobbying UK Government Ministers or Crown Servants, including Special Advisers, on behalf of the City of London Corporation, or the residents or the commercial interests it represents.'[4]

In June 2015 Browne took up the roles as an independent consultant to business and other organisations on internationalisation and honorary professor with the University of Nottingham. The roles were approved by the Advisory Committee on Business Appointments on the conditions that 'he should not draw on any privileged information available to him as a Minister'; 'for two years from his last day in ministerial office, he should not become personally involved in lobbying the UK Government on behalf of his clients or those he advises, whether as an independent consultant or otherwise'; and 'once he has received approval to set up as an independent consultant, for two years from his last day in ministerial office he must seek confirmation from the Committee directly that each individual commission is permissible under the terms of his consultancy before taking it up. If, after enquiry, the Committee takes the view that a commission is, or may be, outside the terms of the consultancy he will be expected to submit a fresh application'.[5]