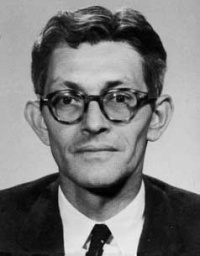 Angleton began working at the Washington office of the American Security Council in the summer of 1976. He served as President of an organization created by ASC and run out of the Council’s offices, known as the Security and Intelligence Fund. During his first visit to ASC’s Congressional Conference Center he said the outlook at the CIA was grim. According to Angleton, the CIA’s counterintelligence division was effectively disbanded, and for all practical purposes covert operations were also shut down. He also said morale at Langley was dismal.[2]