From Powerbase
Revision as of 01:45, 10 October 2009 by Rizwaan Sabir (talk | contribs) (New page: 400px|right|thumb| CONTEST was the official codename given to the United Kingdom's counterterrorism strategy from a period of 2003 till 2009. It was revised a...)
(diff) ← Older revision | Latest revision (diff) | Newer revision → (diff)
Jump to: navigation, search 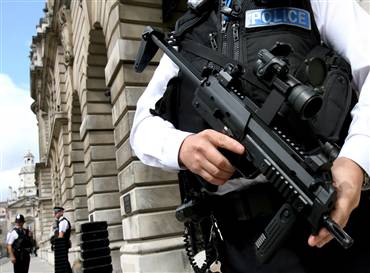 CONTEST was the official codename given to the United Kingdom's counterterrorism strategy from a period of 2003 till 2009. It was revised and re-launched in March 2009 and is now referred to as CONTEST 2. The official objective of CONTEST was to: "reduce the risk from international terrorism, so that people can go about their daily lives freely and with confidence." [1]

The Prevent component of CONTEST is based on "preventing terrorism by tackling the radicalisation of individuals" through:

The Pursue strand of CONTEST was based on "pursuing terrorists and those that sponsor them" and "reducing the terrorist threat to the UK and to UK interests overseas by disrupting terrorists and their operations". [3]. This was done, most notably, through the granting of increased powers to the British security establishment to prevent an attack and through the creation of more anti-terror laws to bring suspected terrorists plotters to account who couldn't be tried under existent laws.

The other aspects of the Pursue component are based on:

The Protect strand of CONTEST is based on reducing the UK's vulnerability, at home and abroad, in case a terrorist attack cannot be thwarted. This is done by:

The Prepare component of CONTEST is premised on the idea of limiting the effects of an attack in case it cannot be prevented and ensuring that the UK is prepared for the consequences of a terrorist attack. [6] It aims to do this by: