Difference between revisions of "Alan Beith" 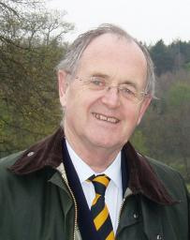 Alan Beith was the Liberal Democrats MP for Berwick-upon-Tweed from 1973 to 2015.[1] He announced he would step down after the 2015 general election where he was replaced by Julie Pörksen who lost the seat to the Conservative's Anne-Marie Trevelyan.[2] [3]

He is also Vice Chair of the All-Party Parliamentary Group for the UK Aluminium Industry run by the Aluminium Federation.[5]

He was educated at Nuffield and Balliol colleges, Oxford University and went on to be a Politics lecturer before becoming MP. He is now married to Baroness Maddock (formerly Diana Maddock, Liberal Democrat MP for Christchurch, 1993-1997).[6]

'He is currently Chairman of the Justice Committee of the House of Commons, and was a member of the Parliamentary Intelligence and Security Committee from its creation in 1994 to 2008. In the House of Commons he served for 18 years as a member of the House of Commons Commission, and previously served on the Treasury Select Committee and the Procedure Committee. He was made a Privy Counsellor in 1992, and served as Deputy Chairman of the Committee of Privy Counsellors to review the Anti-Terrorism, Crime and Security Act 2001 and the Privy Council Review of the use of telephone intercept as evidence in prosecutions (2007) and currently serving of the Advisory Group on the implementation of its proposals. [7]

He has held a wide range of posts within the Liberal Democrats' Parliamentary Party. Was Northern Ireland Spokesman from 1974 to 1976 and again in 1982. Between 1977 and 1983 covered the Education and Fisheries portfolios and from 1985 to 1987 was Foreign Affairs Spokesman, before taking on the Treasury portfolio which he held until 1994. From 1994 to 1999 Alan Beith was the Liberal Democrats' Home Affairs Spokesman.[8]