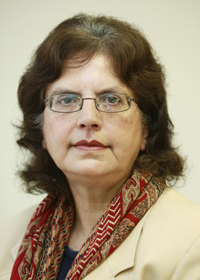 Usha Kumari Prashar, Baroness Prashar (born 29 June 1948) is a cross bench member of the House of Lords. Since the 1970s, she has served as a director or chairman of a variety of public and private sector organisations. She was appointed as chairman of the Judicial Appointments Commission in October 2005.

Prashar was born in Kenya, and came to Yorkshire with her family in the 1960s. She was educated at Wakefield Girls' High School, becoming head girl in 1967. She read politics at the University of Leeds and undertook postgraduate studies in social administration at the University of Glasgow.

Prashar was a director of the Runnymede Trust from 1976 to 1984, a fellow with the Policy Studies Institute from 1984 to 1986, and a director of the National Council of Voluntary Organisations from 1986 to 1991. She was executive chairman of the Parole Board of England and Wales from October 1997 to October 2000. Having been appointed a Civil Service Commissioner in 1990, she was First Civil Service Commissioner from August 2000 to 2005. She was chairman of the National Literacy Trust from 2001 to 2005.

She was a non-executive director of Channel Four Television from 1992 to 1999, of Unite Group plc from 2001 to 2004, and became a non-executive director of ITV plc in February 2005. She became a governor of De Montfort University in 1996, and became its Chancellor in 2001. She became a trustee of the BBC World Service Trust in 2002, and is chairman of the Royal Commonwealth Society.

She was awarded a CBE in 1994 and made a Life Peer in 1999 as Baroness Prashar of Runnymede in the County of Surrey.