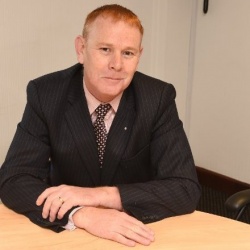 Tony Raynor is the managing director of the business telecommunications firm Abbey Telecom, and is a non-executive director of the North & Western Lancashire Chamber of Commerce. [1]

Raynor is a member of both the pro-shale business group Lancashire for Shale, which is affiliated with fracking firm Cuadrilla. [2] He was also previously on the North West Energy Task Force, [3] which was set up by Cuadrilla's former lobbyists Westbourne Communications as a grassroots 'astroturf' group to push community support for fracking in the region.

Raynor has spoken strongly in favour of fracking, saying in 2015:

'Like most people, I was ambivalent to shale gas, but the tremors made me want to find out more. Now I'm in favour.' [4]

He condemned protests in January 2017 in Lancashire against the construction of Cuadrilla's fracking site. [5]