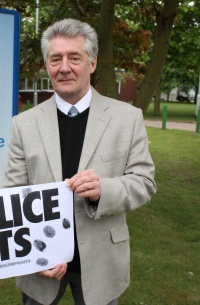 Tony Lloyd is the police and crime commissioner (PCC) for Greater Manchester and was the Labour Party member of Parliament (MP) for Stretford from 1983 to 1997 and Manchester Central from 1997 to 2012.[1]

In March 2012 Lloyd announced his intentions to stand as Labour's candidate in Greater Manchester's first PCC election, a role which required him to stand down as an MP.[2] Lloyd won the election with 51.23 percent of the vote.[3]

Lloyd was replaced by Lucy Powell in Manchester Central.