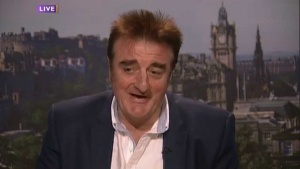 After the general election in November 2015, Sheppard was appointed to the Select Committee on Privileges.[4]

In 1993 Sheppard was appointed assistant general secretary of the Labour Party under John Smith but three years later was asked to leave by Tony Blair. [5] He removed himself from politics setting up a comedy club in Edinburgh called The Stand but the 2014 independence referendum prompted Sheppard to join the SNP and he became actively involved in the 'YES' campaign. [6]