The TSG was created in 1986 to replace the Special Patrol Group.[2]

Ian Tomlinson died on 1 April 2009 after being struck with a baton by a TSG officer while he attempted to make his way home from work through a G20 protest in Central London.[3]

Another TSG officer, Delroy Smillie, was due to be charged with assault after footage emerged in which he appeared to strike a woman at a vigil for Tomlinson the following day.[4] 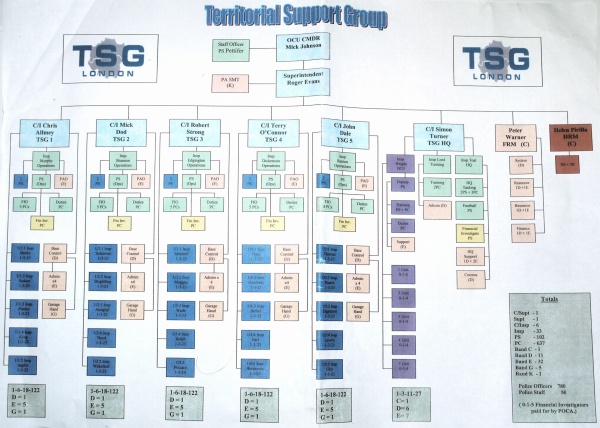 2009 version of the Territorial Support Group Organisation Structure that was leaked to Wikileaks.