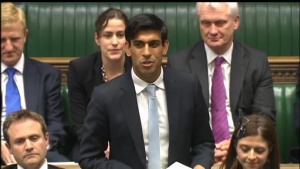 Rishi Sunak has been the Conservative Party Member of Parliament for Richmond (Yorks) since May 2015,[1]replacing former foreign secretary William Hague after his retirement from politics that same year. [1]

Sunak was appointed parliamentary under secretary of state at the Ministry of Housing, Communities and Local Government on 9 January 2018. Before this, he was a parliamentary private secretary at the Department for Business, Energy and Industrial Strategy from June 2017.

He has a background in business and finance. [2]

Sunak's constituency includes two oil and gas licence blocks, awarded by the Oil and Gas Authority under the 14th licensing round in 2015. One was awarded to INEOS and one to Third Energy. There are plans for 2D seismic surveying, but no applications or plans for shale wells were underway in 2016. [3]